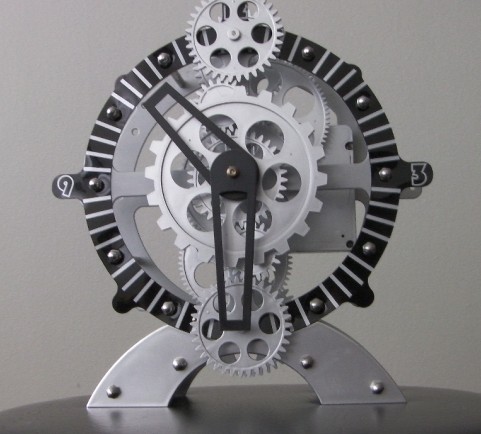 {This should have been posted Saturday afternoon-forgive the delay}

Gears turning: deep in thought about the next steps to be taken, but don’t know exactly what they are; finding yourself stressing out over the fact that everything looks very uncertain.  You’re at the point now that even praying feels like a lazy thing to do because everyone around is making you feel that you’re not “doing enough.”  Having your steps ordered by the LORD seemed like a beautiful romantic notion, at the time, But since that initial commitment, it seems as if you made a mistake somewhere along the way because things seem, and/or look worse, and nobody seems to understand your depth of commitment and desire to be in HIS WILL-for EVERYTHING.

Surprisingly, you’re finding that explaining what it means to “walk by faith and not by sight” is difficult to do with some people-and they’re “church folk”, or people who are the closest to you!

Little do they know that you are EXACTLY where your Savior says you should be. You know the times when HE spoke to your spirit about what you should and should not be doing.  It’s obvious that HE didn’t speak to them concerning your situation; or rather they didn’t listen, because if HE had spoken to them, or if they had listened, they wouldn’t be judging, ridiculing, and pointing their fingers at you.  It’s, also, obvious that you are on the right path because Friends-in-the-LORD are compelled to call, speak, email, or text you from out-of-the-blue, with A WORD IN SEASON HE placed in their spirit, at the EXACT moment you needed to be encouraged.

Instead of mulling over what to do, which is very difficult to stop doing-I know, realize that HE has been speaking to you  about what it means to “wait on the LORD and renew your strength, mounting up on wings like eagles, running and not being weary, walking and not fainting,” and “being still and knowing that HE IS GOD.”

No, it’s not new age thinking!  God’s principles have always been so.  What this actually is, is not “conforming, but being transformed by the renewing of your mind in Christ Jesus.”

This site uses Akismet to reduce spam. Learn how your comment data is processed.